[ The Korea Herald – Send E-mail ]
Hospitality education, industry brace for new generation of employees
Swiss Education Group unveils research on emergence of Generation Z and its potential impact on the workplace
By Yoon Min-sik
Published : Nov 10, 2017 - 18:12
Updated : Nov 10, 2017 - 18:16
Industries around the world are bracing themselves for the tidal wave of change that is coming with the new Generation Z, which refers to those born between 1995 and 2010 and are now just entering the workforce.

“There are two points we need to address: First, to ensure students the best prospect on their careers and second, to ask how can we (educators) ensure that we adapt to the new generation of students,” said Florent Rondez, chief executive officer of Swiss Education Group. “We have to move toward them.” 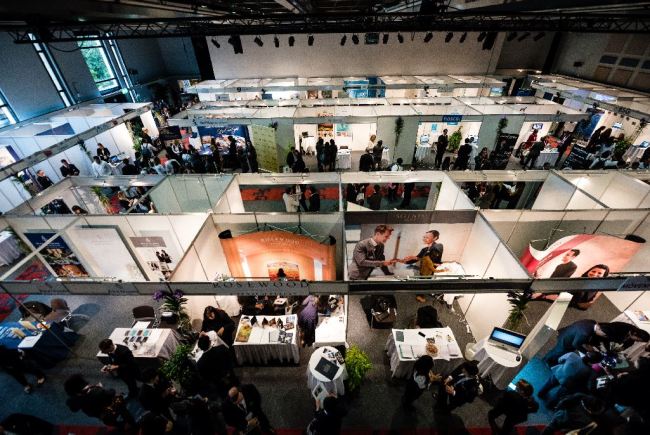 Students of a hospitality school participate in the International Recruitment Forum at Montreux Convention Center in Switzerland from Oct. 23-24 (Swiss Education Group)

As part of efforts to better understand the new generation, SEG recently commissioned a study led by consumer behavior specialist Alexandra Broennimann to find out more about Generation Z.

Titled “Gen Z At School: Educating the Smartphone Generation,” the study conducted interviews with over 100 students, 30 lecturers, and 50 officials from the hospitality industry, along with online surveys of over 4,500 students.

Those in the generation are characterized as “digital natives” who are tech-savvy to the point of perceiving smart gadgets as an extension of their bodies. Over 80 percent prefer a perfect job over a perfect relationship and 63 percent believe they can attain their dream job within five to seven years.

It is also a generation relatively free from prejudice, as 9 in 10 say they do not care about the race and sexual orientation of their peers.

Emmanuel D. Donhauser, chief academic officer of SEG, emphasized that the learning process for Gen Z should be different.

“In the past, it was like filling empty vessels, but students now have access (to) information in an open source. ... It is no longer my (instructors’) knowledge that dictates what the students are learning,” he said. 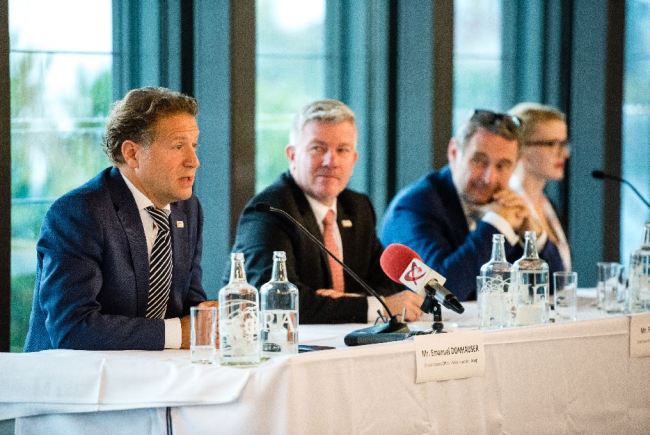 Emmanuel D. Donhauser (far left), chief academic officer of the Swiss Education Group, speaks during a press conference at the Inernational Recruitment forum at Montreux ConventionCenter in Switzerland from Oct. 23-24.

Donhauser added that there is a difference between using digital tools in classrooms -- such as replacing books with smartphones and tablets -- and adopting technology in education. Schools under the SEG umbrella use technology and adopt new methods, such as allowing students to submit videos for projects instead of written reports, according to Donhauser.

Armed with quick thinking and adaptability to technology, Gen Z appears to have huge potential.

But Broennimann noted there are also adverse effects from the exponential growth of information and social media stimuli.

“Because of the chemical reliance that can form, Gen Z is becoming addicted to their mobile phone screens and social media,” she noted, adding that their average attention span is eight seconds.

She recommended that teachers embrace digital technology and accept that it has already begun re-modelling students’ brains. She also suggested that they should be aware of their own online reputations, educate themselves on technological developments and promote “virtual hygiene,” which ensures that students come to class prepared for learning with their brains not overworked.

Other recommendations of learning strategies included letting students research online, but making sure that they learn how to transfer that information to think on paper; helping them to master offline skills such as presentation and body language; and focusing on learning that demands active engagement, not passive reaction.

While Gen Z is thought to be less engaging in terms of empathy toward others, Donhauser said hospitality students have a distinct advantage in this area as their expertise naturally involves understanding and being friendly to others.

As part of its efforts to provide internship opportunities for its students, the group hosts the biannual International Recruitment Forum at Montreux Convention Center.

The recent forum held from Oct. 23-24 brought together 135 global companies and over 2,500 students from SEG-affiliated schools. Over 2,000 interviews were conducted at the event.