[ The Korea Herald – Send E-mail ]
US dollar-Korean won exchange rate least volatile in 3 years in Q3
By Yonhap
Published : Oct 24, 2017 - 13:28
Updated : Oct 24, 2017 - 13:28
The US dollar-Korean won exchange rates were the least volatile in three years during the third-quarter of this year, despite rising tension surrounding North Korea, the central bank said Tuesday.

The average gap between the daily high and low of the dollar-won exchange rates came to 4.8 won in the third quarter, down from a 5.8 won fluctuation a quarter earlier, according to the Bank of Korea. 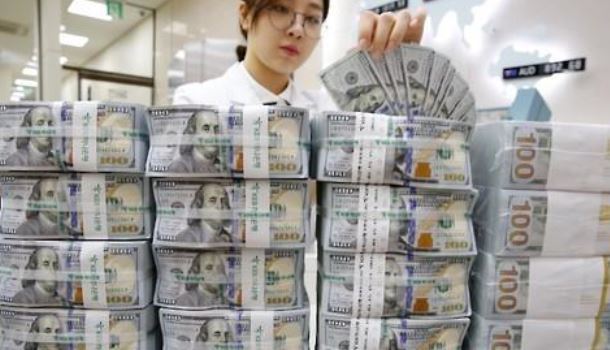 (Yonhap)
It is the smallest average daily fluctuation since the third-quarter of 2014, according to the BOK.

In recent months, tensions on the Korean Peninsula have also escalated, with North Korean leader Kim Jong-un and US President Donald Trump exchanging harsh rhetoric over the North's nuclear and missile programs.

Meanwhile, the average daily variation, showing the change from the previous session's closing price, came to 4.2 won in the third quarter, also marking the smallest fluctuation since the third-quarter of 2014. (Yonhap)