Twenty-four companies have newly joined the ranks of those with 10 trillion-won ($8.84 billion) market capitalization compared with 10 years ago, raising the number of such firms to a record high of 35, according to the Korea Exchange on Tuesday.

Of the group, 34 were on the main bourse, including Samsung Electronics with a market cap of 352.32 trillion won as of Monday. SK hynix had 61.66 trillion won, and Kakao had 10.24 trillion won. Celltrion, with 21.86 trillion won, was the only firm on the secondary tech-heavy bourse KOSDAQ to make the list, although the company is scheduled to move to the main stock market early next year. 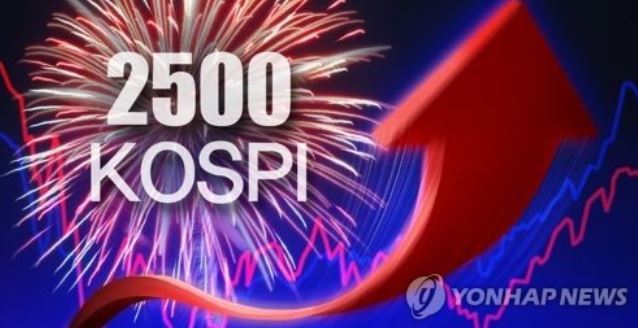 Seven on the list were new entrants this year, including Samsung Biologics, which was listed in November last year, and Netmarble Games, listed in May. LG Electronics, S-oil, Hana Financial, Woori Bank and Kakao also became new members.