[ The Korea Herald – Send E-mail ]
Govt. to lower borrowing costs for those most in need
By Yonhap
Published : Oct 23, 2017 - 11:36
Updated : Oct 23, 2017 - 11:36
South Korea's top economic chief said Monday that he will lower borrowing costs for people with low credit ratings to reduce their financial burden ahead of the scheduled announcement of tighter rules on household loans.

Finance Minister Kim Dong-yeon made the comment during a visit to a government-run financial support center in Seoul along with Financial Services Commission Chairman Choi Jong-ku and Financial Supervisory Service Gov. Choe Heung-sik. 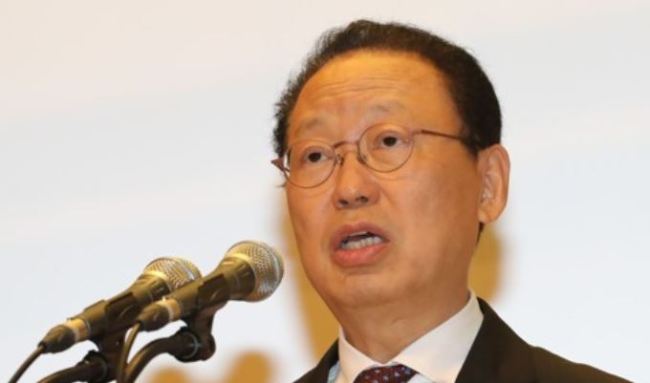 Financial Supervisory Service Gov. Choe Heung-sik (Yonhap)
"It is necessary for the government to map out measures to help marginalized people make a comeback from insolvency and stay afloat," said Kim. "The government will expand the financial support center nationwide to make it more accessible."

His statement came a day before the government is due to unveil another set of measures, aimed at curbing rising household debt amid expectations that the central bank will raise its key rate in the coming months from a record low of 1.25 percent.

The low rate trend has fueled rising housing prices in South Korea over the past few years and led to an all-time high of nearly 1,400 trillion won in overall household debt as of June. (Yonhap)