It said regional governments have been notified of Seoul's plans to "isolate" rice this year and details related to the purchase.

Besides the rice to be bought from growers for the purpose of keeping market prices at certain levels, the Ministry of Agriculture, Food and Rural Affairs said it will set aside another 350,000 tons of rice as the country's emergency reserves. 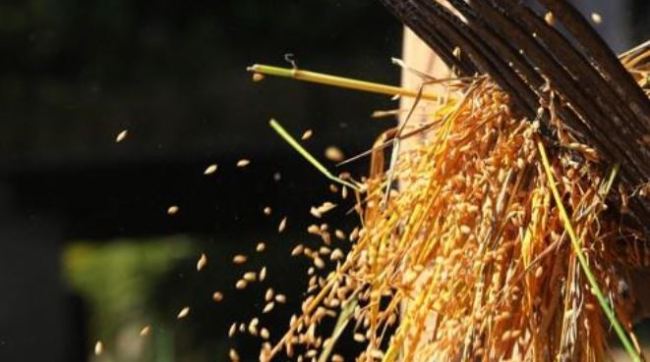 (Yonhap)
This will raise the total that will be put into storage this year to 720,000 tons, which is the largest amount to be acquired by the government during the fall harvest period and the highest on an annual basis since 2010.

"To increase the effectiveness of the isolation, every effort will be made to buy the rice as soon as possible," a ministry official said. He added the ministry wants to keep the average price for a 80 kilogram sack of rice at around 150,000 won ($132).

It said that the rice being bought will not be released into the market unless there are unexpected developments like a sudden spike in prices and problems in supply.

The country's oversupply of rice is mainly due to South Koreans reducing their rice intake and diversifying their diets with alternatives like wheat, barley, beans and corn. (Yonhap)