Professionals in jobs that traditionally enjoyed high pay like lawyers and accountants earned an average of 230.8 million won ($203,796) per individual last year but close to 15 percent of the people in these professions made less than one-tenth of the amount, data showed Sunday.

Records provided by the National Tax Service for parliamentary audits said 35,108 people were registered to be in private practice as lawyers, accountants, customs agents, certified architects, appraisers, patent attorneys, paralegals and others in specialized professions. This is a 19.6 percent increase from 2012. 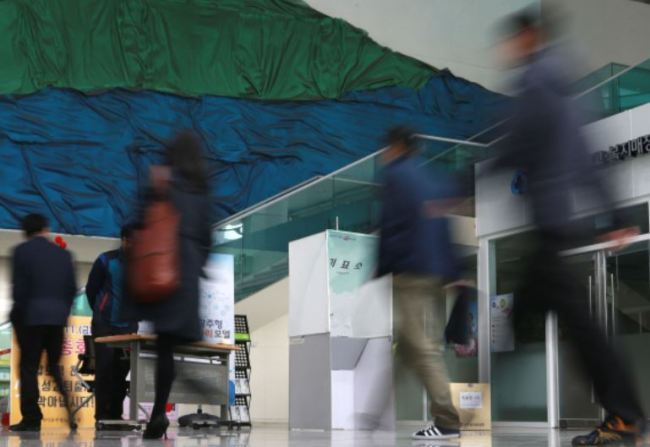 Employees head to their offices in a building in Seoul. (Yonhap)
Of the group, 14.3 percent, or 5,032 people, reported a monthly income of under 2 million won, according to the data. It is a 30.3 percent increase from 2012. Architects accounted for 46.3 percent of the group and lawyers 17.7 percent.

Rep. Park Gwang-on, who had requested the records, said the growing gap between top and bottom earners in the same professions testifies to the growing competition.

"With more people entering these specialized careers, the competition from within has stiffened, making the pay gap more stark," he said. (Yonhap)