[ The Korea Herald – Send E-mail ]
Land-for-permanent residency policy for foreigners not working: lawmakers
By Son Ji-hyoung
Published : Oct 20, 2017 - 16:47
Updated : Oct 20, 2017 - 17:38
South Korea has been offering permanent residencies to foreigners who buy and keep real estate in designated areas as part of its push to foster nonmetropolitan zones, but it has so far benefited only a handful of popular destinations, lawmakers said during a parliamentary audit this week.

Since 2010, under the former Lee Myung-bak administration, the government has allowed investors to buy land and build facilities for tourist accommodations in 10 authorized zones including Jeju Island.

Over 99 percent of real estate investments through the policy went to Jeju, leaving out the other nine zones across the nation, according to an estimate by Rep. Kim Chung-woo of the ruling Democratic Party of Korea on Wednesday. 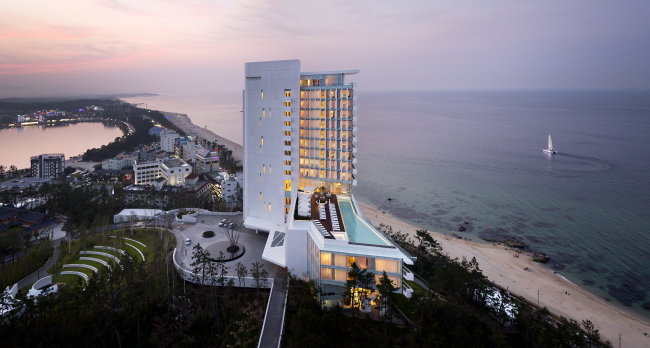 (Herald DB)
Under the policy, those investing over 500 million won ($441,300) in a real estate asset are granted permanent resident status in return, or an F-5 visa, five years after receiving an F-2 visa for long-term residency immediately after an investment. Proficiency in the Korean language is not required to obtain the visa status. In addition, those with a long-term residency visa can acquire permanent resident status if they visit Korea at least once a year.

The move, which had drawn a combined 1.33 trillion won from 1,889 investments as of August this year, only benefited Jeju Island which took 1.32 trillion won of foreign investment, showed the estimate based on data from the Finance Ministry and Justice Ministry.

The other combined 1 percent of investments were found in two authorized zones in the port city of Incheon and one in Pyeongchang, Gangwon Province, which will hold the Winter Games in 2018.

“(Aside from Jeju Island), other zones in need of foreigner investments are completely left out,” he said, arguing that the policy of the “performance-driven” former administration needs improvement.

Meanwhile, among the total of 87 investors who obtained permanent residencies through the policy, 82 were Chinese. The other five were from Cambodia, Hong Kong and the United States.

According to Democratic Party lawmaker Jeon Hyun-hee, the number of investments by Chinese investors in Seoul, Pyeongchang and Jeju Island from 2010 to 2015 jumped by seven times, 16 times and 30 times, respectively, showed the estimate.