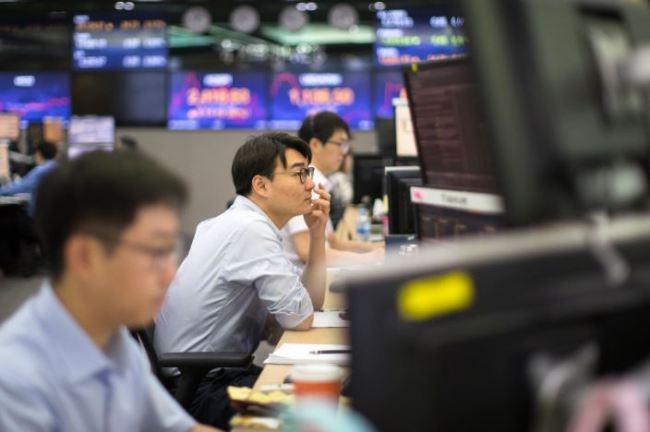 (Yonhap)
"Concerns over Fed rate hikes have eased to some degree, but investors are now attempting to lock in recent gains," said Seo Sang-young, an analyst at Kiwoom Securities.

Tech stocks suffered a slump, while some market heavyweights remained in positive terrain.

SK hynix, a major chipmaker, dropped 2.35 percent to 79,000 won as investors continued to lock in recent gains, and Naver, the operator of the country's top Internet portal shed 0.49 percent to end at 811,000 won.

The local currency closed at 1,132.40 won against the US dollar, down 2.5 won from the previous session's close.