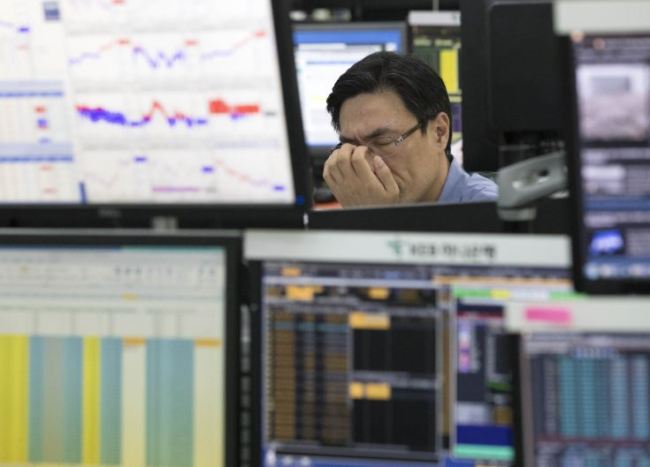 (Yonhap)
Tensions have spiked on the Korean Peninsula following North Korea's sixth and most powerful nuclear test and a series of ballistic missile tests.

North Korean leader Kim Jong-un and US President Donald Trump have recently engaged in a war of words, sparking concerns about a possible military conflict on the peninsula.

Meanwhile, volatility in South Korea's currency markets increased slightly in September from a month earlier due to increased volatility in the global financial markets.

The session-over-session changes in the dollar-won exchange rates averaged 0.37 percent in September, compared with 0.34 percent a month earlier, the BOK said.

On average, the Korean won posted 4.3 won in daily value changes against the US dollar in September, down from 4.8 won a month earlier, it said.