[ The Korea Herald – Send E-mail ]
WTO to rule on Japanese fisheries import ban early next year
By Julie Kim Jackson
Published : Oct 17, 2017 - 15:25
Updated : Oct 17, 2017 - 17:08
The World Trade Organization announced Tuesday that its dispute settlement report regarding South Korea’s ban on fisheries imports near Japan’s Fukushima is expected to be released in January or February next year.

Following the Fukushima Nuclear Power Plant explosion in March 2011, Korea imposed a ban on imports of agricultural and marine products near Fukushima. In 2013, the country extended its import ban and announced special measures to prohibit the importation of fisheries products from eight prefectures in Fukushima.

Japan filed a complaint with the WTO in May 2015, arguing that the provisional special measures by Korea discriminate against Japanese aquatic products and claiming that it violates the rules of international trade. The Japanese government also argued that additional requests for chemical testing are unreasonable. 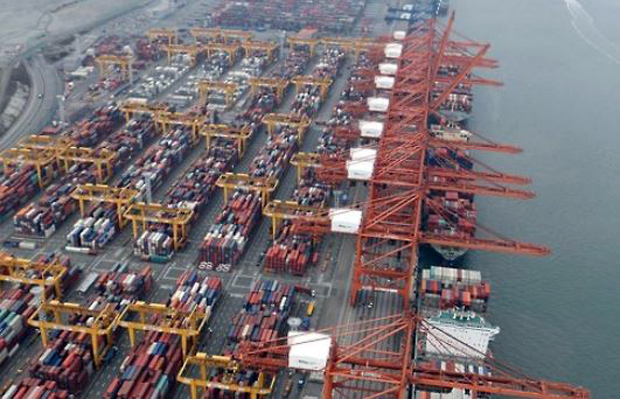 (Yonhap)
At the time, former Vice Fisheries Minister Son Jae-hak of Korea had said the information received from Japan was not sufficient to allow the government to accurately judge the safety of Fukushima’s fisheries products.

The Seoul government has also added that its trade restrictions are reasonable and justified, while arguing the decision appeals to a sharp increase in public concerns over potential health risks stemming from contaminated water in the prefecture.

If the WTO rules in favor of Japan’s complaint that Korea’s import ban is in violation of international trade law, Korea still has the option to appeal the decision.

Ryu Young-jin, minister of Food and Drug Safety, said Tuesday that if the government loses the first step in the WTO dispute over the ban on Fukushima imports, it will consider appealing the ruling in the name of public health.

“Since public health is a top priority for the government, we will appeal if we feel the WTO’s final decision is inadequate in terms of protecting our nation’s health,” Ryu said.