Choi Jong-ku, chairman of the Financial Services Commission, made the comments during a parliamentary session after being asked about concerns that a massive amount of funds could flow into large investment banks that sell investment management accounts (IMAs).

Choi said measures are in place to ensure that a massive amount of funds could not flow into large investment banks, though he did not elaborate.

South Korea has been pushing to foster homegrown, mega-sized IBs modeled after Goldman Sachs. It has decided to revise legislation within this year to allow them to expand their businesses beyond brokerage services. 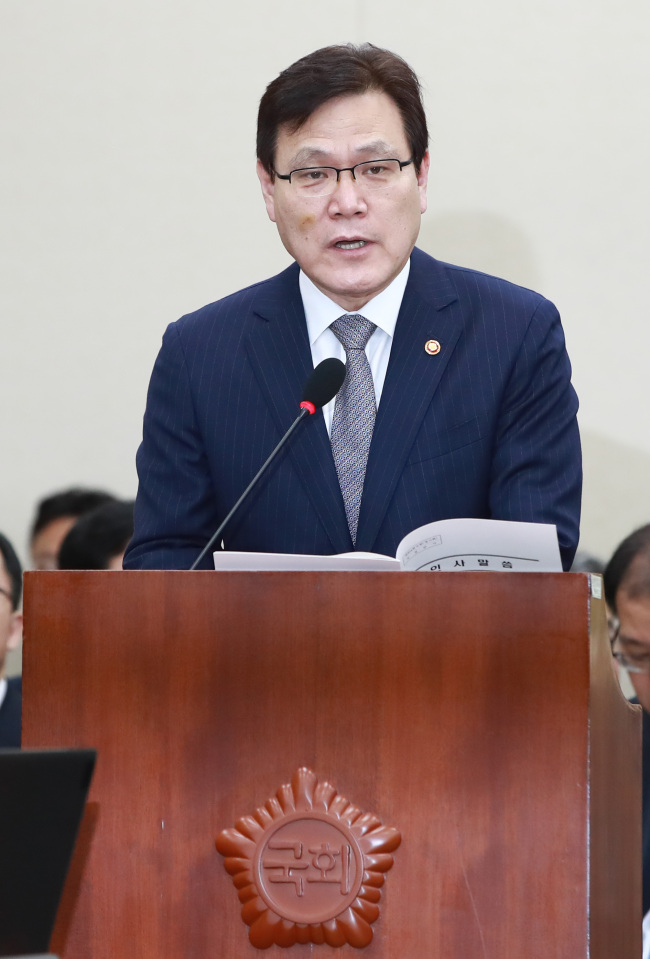 Choi Jong-ku, chairman of the Financial Services Commission. Yonhap
Last year, the financial regulator announced a plan that IBs with 4 trillion won (US$3.5 billion) or more in equity capital will be eligible for short-term corporate lending, such as the issuance of commercial papers.

Brokerages with equity capital of 8 trillion won or more will also be able to launch investment management accounts.