The local stock market opened higher as top market cap Samsung Electronics continued to rise on third-quarter earnings hopes, but pared back part of its earlier gains as investors were tempted to lock in recent surges. 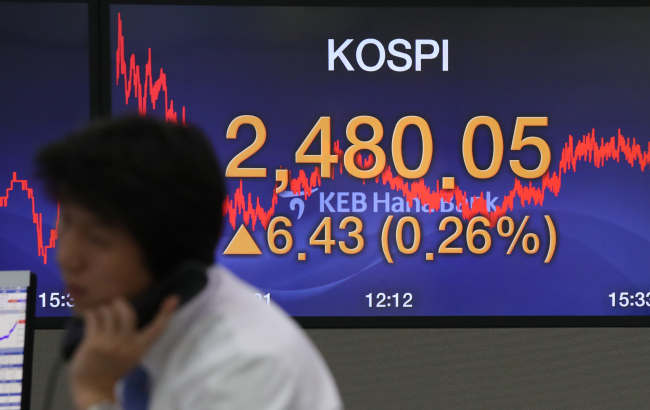 Foreign investors have scooped up local stocks for the past week, sending the KOSPI higher, as North Korea-related concerns eased.

The tech giant said last week that its third-quarter operating profit is expected to have nearly tripled, apparently on sound returns from its computer chip business.

Operating profit was estimated at 14.5 trillion won, compared with 5.2 trillion won a year earlier, and sales also probably surged 29.65 percent to 62 trillion won in the July-September period compared to the previous year.

POSCO, the country's top steelmaker, surged 5.85 percent to end at a yearly high of 344,000 won on earnings hopes.

AmorePacific, the No.1 cosmetics maker, soared 5.17 percent to end at 285,000 won as investors' concerns over its slump in China eased amid Beijing's retaliation against the deployment of a US advanced missile shield system here.

The local currency closed at 1,137.90 won against the US dollar, down 7.8 won from the previous session's close.