South Korean stocks fell slightly Friday, pulling back from a record high, led by a sell-off by foreign and local retail investors. The Korean won rose against the US dollar. 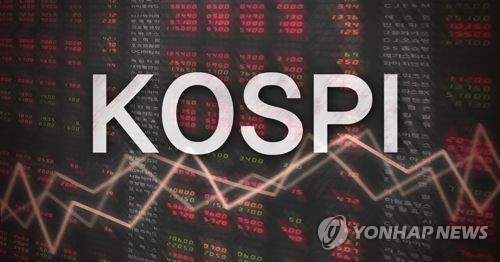 (Yonhap)
The KOSPI opened higher, despite a weak lead on Wall Street overnight.

Analysts said the local stock market took a break from all-time record highs earlier this week as investors opted to cash in part of the recent gains.

Hong Choon-wook, an analyst at Kiwoom Securities, said investors' profit-taking appetite increased as the market rallied over the past three days.

Foreign and local retail investors sold a net 35.7 billion won and 115.3 billion won worth of local stocks each.

The local currency closed at 1,128.90 won against the US dollar, up 4.3 won from the previous session's close. (Yonhap)