The overall index measuring banks' "attitude" in extending loans to households came to minus 20 for the October-December period, compared with minus 7 a quarter earlier, the Bank of Korea said in a statement.

A reading below zero means banks will tighten rules in extending loans to households, while a reading above the benchmark means eased lending requirements. 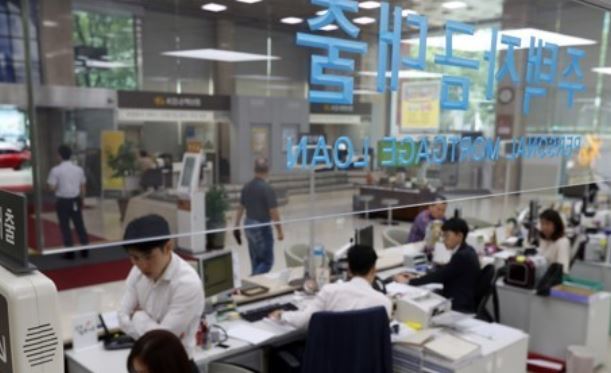 The BOK said demand for fresh mortgages is likely to fall in the fourth quarter due to a slowdown in home transactions.

The forecast by the Bank of Korea came ahead of the measures the government is expected to put in place to tackle the country's growing household debt. As of the end of June, South Korea's overall household debt came to 1,388.3 trillion won ($1.22 trillion), up 10.4 percent from a year earlier, according to data compiled by the central bank.

In August, the government designated all 25 districts in Seoul and two cities -- Sejong and Gwacheon -- "overheated speculative districts" to try to rein in household debt. Sejong is an administrative city located 130 kilometers southeast of Seoul, and Gwacheon lies just south of the capital.

In August, the government also reduced the loan-to-value and debt-to-income ratios to 40 percent for home purchases in all the designated speculative and overheating speculative districts. It limits home buyers from borrowing more than 40 percent of their property value and puts a maximum of 40 percent on the level of their income that can be used for mortgage payments.

Also Thursday, the BOK said demand for fresh loans from big firms is expected to grow in the fourth quarter due to an increase in demand for facility investments.