While tension remained up to the last minute, neither country came up with an official announcement after midnight, which was the expiration point. 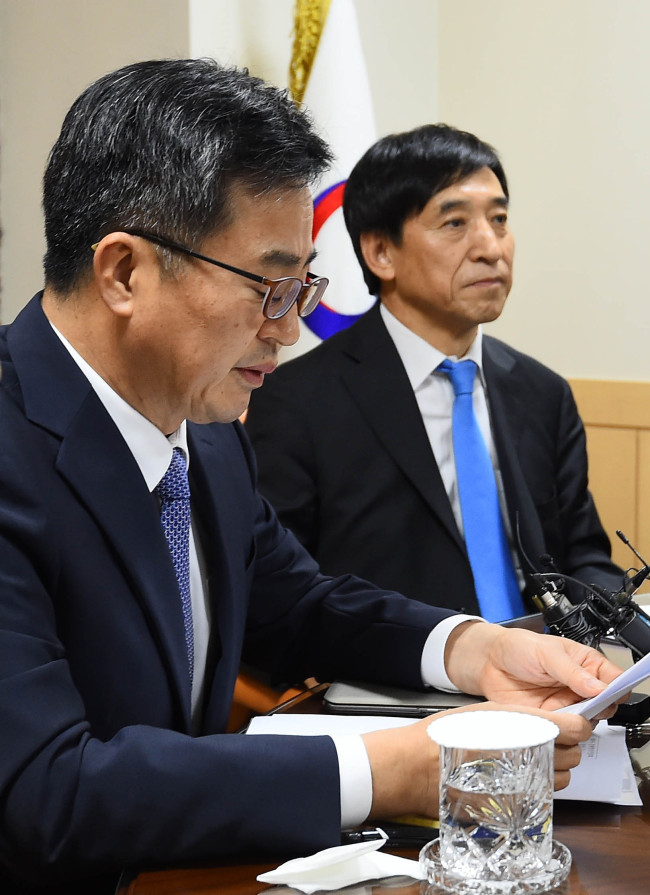 Deputy Prime Minister for Economic Affairs Kim Dong-yeon (left) and Bank of Korea Governor Lee Ju-yeol. (Yonhap)
But possibilities remain that the two countries will carry on with their negotiations and resume the swap at a later stage.

South Korea's currency swap with the United Arab Emirates expired in October 2016 but the talks for extension are yet ongoing.

“It would be best if everything could be concluded before the current deal expires (by midnight), but this may not be the case,” Bank of Korea Gov. Lee Ju-yeol told reporters on Tuesday morning.

The BOK chief also said that the expiration of the deal is not necessarily important as negotiations are ongoing.

The central bank also repeatedly urged the media not to jump to conclusions while the extension negotiations are ongoing.

“As we are still discussing (the issue), we cannot give you details at this point in time,” the bank said in a press release.

“The extension of the swap is beneficial for our economy,” Kim said.

“China, too, is deeply interested (in extending the deal) so I ask that you wait patiently until the final announcement.” 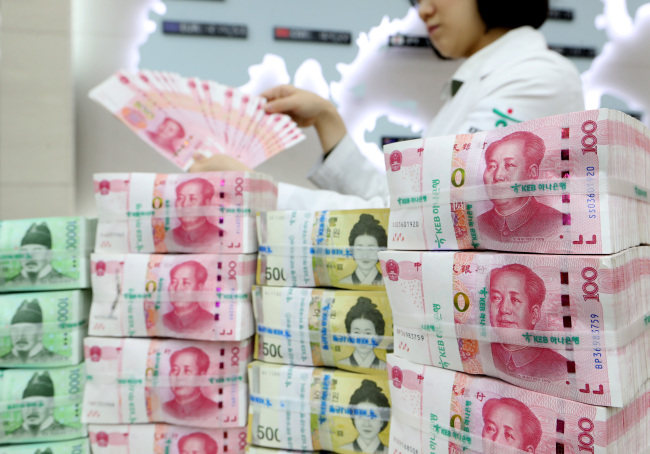 (Yonhap)
The two countries first signed a currency swap deal worth of $26 billion in 2009. The amount later expanded into $56 billion in 2011 and its expiration was extended by three years.

As the deal largely acts as a buffer against possible financial crisis, the termination of the deal is not likely to deliver an immediate blow upon the economy.

“With more than $380 billion in foreign exchange reserves, (South Korea’s) market is quite stable and on a steady uptrend,” the finance minister said.

“There is little reason for us to fluctuate between hopes and fears.”

But a peaceful consensus on the deal is also seen as a yardstick for relations between the two countries, especially in the wake of Seoul’s deployment of an advanced US missile defense system despite Beijing’s protests.

Since earlier this year, China has taken economic retaliation such as a ban on group tours to South Korea and an alleged boycott against Korean companies operating in China.

Concerns are rising that a tug-of-war on extending the bilateral currency swap deal would likely further heighten financial volatility in South Korea, in addition to the increasing military threats from North Korea, the consequent international tension and the renegotiation of the Korea-US Free Trade Agreement.