The South Korean firm, for its part, is seeking a partnership to introduce the HPPO technology and enter the operation and maintenance business with Evonik, it said. SKC has already signed a memorandum of understanding with two plastic makers in China and the Middle East, with three others also expressing intention to collaborate. It is now seeking to have Evonik participate in that global partnership. 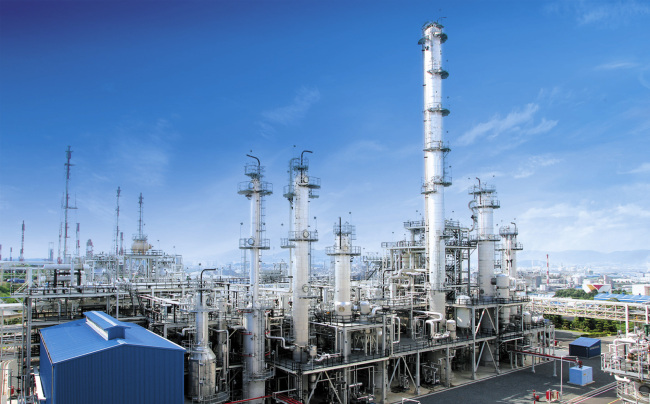 A SKC HPPO plant in Ulsan, Korea (SKC)
SKC commercialized the environmentally clean technology in 2008 for the first time in the world, two years after Evonik introduced the technology. For the past 10 years, the South Korean chemical firm has been operating a HPPO plant at 100 percent capacity. Commercializing the HPPO technology had been considered a difficult task even with full disclosure of the technology, as it requires going through a complex application process, it added.

SKC said partnership in the HPPO technology could help the two companies secure a bigger presence in the propylene oxide market worth $13.5 billion a year. Of the market, the percentage of products produced by the HPPO technology remains low with a 16.7 percent share, the company said, highlighting its business potential.

“We are in discussion with Evonik to expand the HPPO business by launching a joint venture or entering maintenance and operation together,” a SKC official said. “We will both try to find a win-win strategy.”