Bank of Korea Gov. Lee Ju-yeol said an expiration is not necessarily all that important as the two sides are holding negotiations on the deal.

"It would be good if everything is concluded before the existing deal expires, but it may not be the case (in the process of consultations)," Lee told reporters at the BOK headquarters in central Seoul. 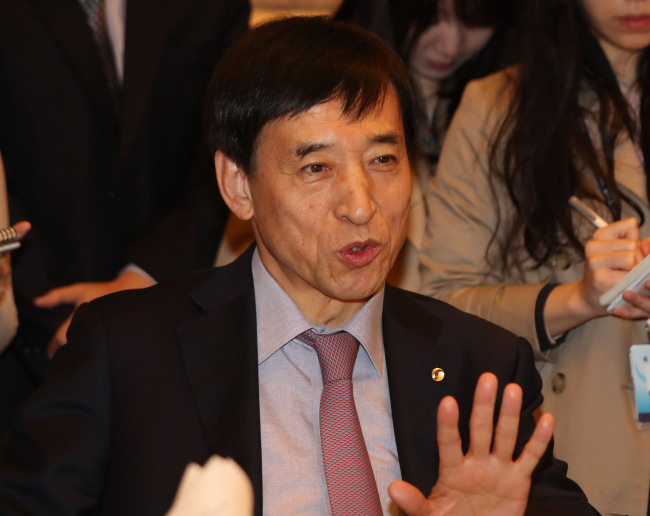 The issue has been widely seen as a litmus test for bilateral relations, which have become frayed over South Korea's deployment of an advanced US anti-missile system. Some South Korean analysts have voiced concerns that the diplomatic tensions between Seoul and Beijing could jeopardize the currency swap agreement.

China has taken a series of economic retaliations against South Korea, including a ban on group tours to South Korea, in protest of the deployment of the Terminal High Altitude Area Defense system.

Seoul and Washington said the anti-missile system is only meant to counter North Korea's evolving nuclear and missile threats. But China has repeatedly pressed South Korea to withdraw the missile system out of concern that the deployment could hurt Beijing's security interests.

A currency swap is a tool for defending against financial turmoil by allowing a country beset by a liquidity crunch to borrow money from others with its own currency. (Yonhap)