Business magazine Forbes, famous for its annual ranking of the world's wealthiest, is launching a French edition to chart President Emmanuel Macron's progress in turning his country into a "startup nation".

Forbes is a fortnightly magazine but the French-language edition, which will hit newsstands Friday, will be published only every three months.

The first issue will retrace the 100-year history of the publication and look ahead to the next 100 through interviews with business magnates including Microsoft founder Bill Gates, Facebook CEO Mark Zuckerberg and French internet billionaire Xavier Niel. 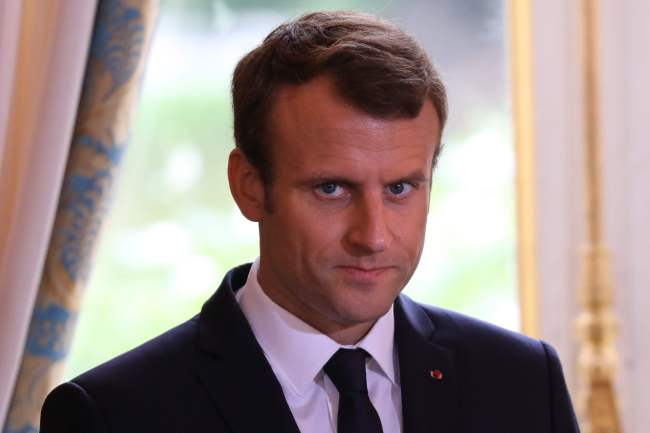 French president Emmanuel Macron is pictured prior to his meeting with Iraqi Prime minister at the Elysee palace in Paris, on October 5, 2017. (AFP-Yonhap)

France has a reputation for being a place where it is difficult to do business and for being sniffy towards the self-made.

Forbes first stuck a toe in the market last year by launching a French-language website.

"Many people say France is becoming the 'startup nation' and the discourse is changing. We have a president who is promoting entrepreneurship and free enterprise," Dominique Busso, the media entrepreneur behind the venture, told AFP.

"We must not be afraid to say that you can succeed in France, nor have fear of failure," Busso said, echoing former investment banker Macron, who has said he wishes more young French people dreamed of becoming billionaires.

The French magazine is being produced under licence from Forbes.

It will contain some material translated from the American edition but give pride of place to local content.