During his visit from Thursday to Saturday, Director General Yukiya Amano will meet with Foreign Minister Kang Kyung-wha to discuss the North Korean issue and cooperation between the IAEA and South Korea, according to the Ministry of Foreign Affairs.

"Director General Amano's South Korean visit, which comes after North Korea's sixth nuclear test and other provocations, will be an opportunity to discuss in depth how the two parties could collaborate to resolve the North Korean nuclear issue," the ministry said in a statement. 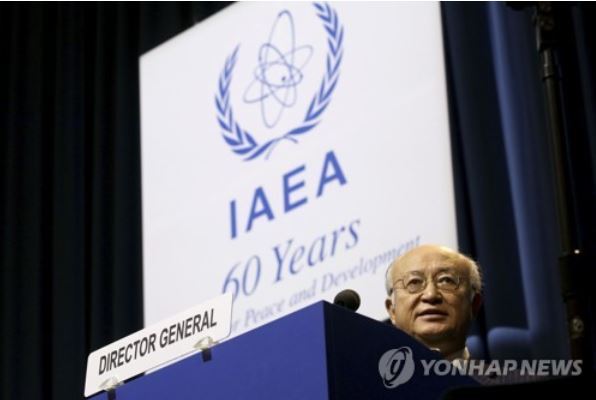 Director general of the IAEA, Yukiya Amano. (AP-Yonhap)
The meeting is also expected to tighten their cooperation on South Korea's efforts to ensure nuclear plant safety and to decommission some nuclear power stations, it added.

During his visit, Amano also plans to meet with South Korea's science and ICT minister, the chief of the national nuclear safety and security commission and experts in the nuclear power field, according to the ministry. (Yonhap)