The report by FnGuide Inc. based on the assessment made by 23 local brokerages showed the average market consensus surging past the original estimate of 13.7 trillion won made three months earlier.

The financial industry tracker added that the latest prediction surpasses even the market consensus of 14.7 trillion won made by securities firms a month ago and handily exceeds Samsung's second-quarter operating profits that reached an unprecedented 14.07 trillion won. 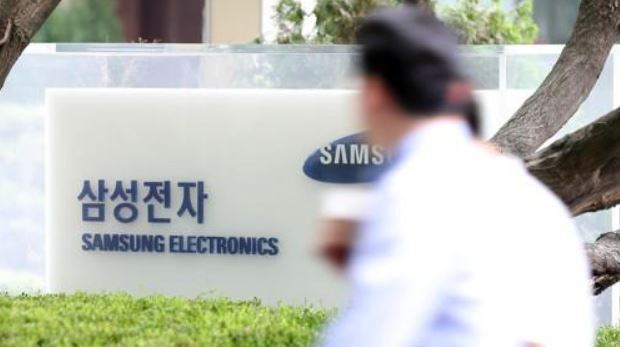 (Yonhap)
If operating profits of Samsung Electronics -- the world's leading maker of computer chips and mobile phones -- meet market expectations, it will top the 14.2 trillion-won earnings being estimated for the July-September period.

FnGuide said the main reason for the bull prediction lies with the continuing boom in the semiconductor market that is expected to remain strong in the fourth quarter.

Roh Geun-chang, an analyst at HMC Investment & Securities, said that demand for memory chips is so high that many companies have sought long-term supply contracts lasting six months.

"Judging by a rise in demand, Samsung operating profits could rise as high as 16.4 trillion won," he claimed.

Hanwha Investment and Securities Co., another brokerage, also supported the estimate, citing the lack of downward price pressure on DRAM and NAND chips and a double-digit rise in shipments of semiconductors in the coming months.

The securities firm predicted Samsung's operating profits for semiconductors alone could hover around 12 trillion won in the last three months of the year.

Others said that while share prices of the tech giant ended trading around 2.65 million won last week, the average consensus in the market for Samsung Electronics' shares stands at over 3 million won, with eBEST Investment Securities Co. claiming the share price can top 3.3 million won under the right conditions. (Yonhap)