[ The Korea Herald – Send E-mail ]
Exim-Indonesia seek to expand infrastructure investment
By Bae Hyun-jung
Published : Sep 21, 2017 - 18:04
Updated : Sep 21, 2017 - 18:04
Seeking to expand the investment opportunities of South Korean companies in the profitable Southeast Asian infrastructure market, the Export-Import Bank of Korea has hosted a forum to encourage business in Indonesia, according to officials Thursday.

The Indonesia Infrastructure Investment Forum was held Wednesday at Millennium Seoul Hilton jointly by Eximbank and Indonesia’s Ministry of National Development Planning, upon the sponsorship of Korea’s Ministry of Strategy and Finance. 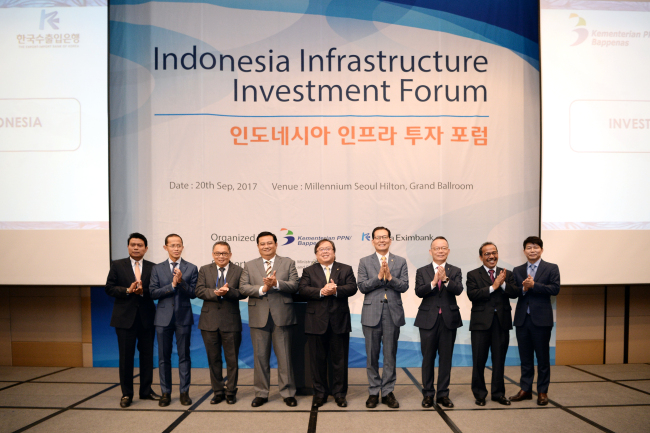 “We expect that this forum will act as a momentum for Korean companies to expand their investment in the highly potential Indonesian infrastructure market,” said an official of the state-run bank.