Outstanding household loans from lenders came to 744.2 trillion won ($658 billion) as of the end of last month, vis-a-vis 682.4 trillion won from a year earlier, according to the data by the Bank of Korea.

Compared with July, the amount rose by 6.5 trillion won. 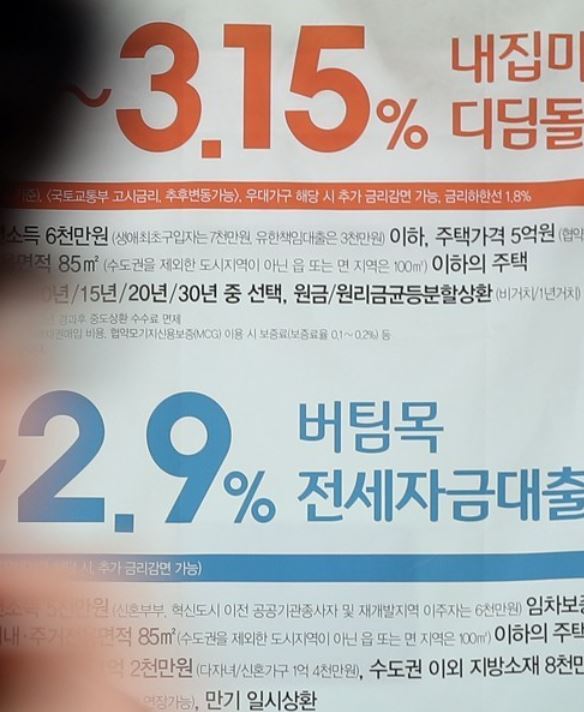 The BOK partly attributed the other increased bank loans to the launching of two Internet-only banks.

Internet banks have gained popularity among South Koreans as the banks offer services ranging from ordinary deposits to loans without face-to-face contact with customers and without bank branches.

South Korea's overall household debt came to 1,388.3 trillion won as of end-June, up 10.4 percent from a year earlier, according to data compiled by the BOK.