The index shows that the export industry outperformed domestic companies by nine points. 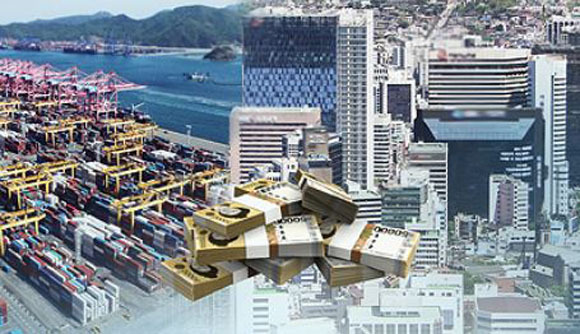 The BSI difference between exporters and domestic companies from January to August this year was on average 8.4 points a month, which is the highest level in nine years since the average monthly rate of 9.3 points in 2008.

Despite Korea’s exporters outperforming domestic companies this year, the country’s exports have dropped over the past 10 days.

A separate set of data released by the Korea Customs Service on Monday showed that the country’s exports fell 8.7 percent in the first 10 days of this month, compared to a year earlier.

The country’s semiconductor industry has been continuing its surge, as exports rose 42.9 percent on-year, while exports of petroleum products rose 15 percent and vehicles increased 13.7 percent.

Amid Beijing continuing economic retaliation against Korea’s deployment of the US’ Terminal High Altitude Area Defense system, exports to China fell 2.8 percent during the 10-day period.

The data also showed that exports to the US dropped by 5.2 percent.