The term “babyface” has far wider connotations in the modern era than as a nickname for boxers and legendary bank robbers. Saying someone has a babyface may be the biggest compliment one can pay in a society that seems determined to stay forever young.

Koreans enjoy a reputation for being well-groomed, with the country ranking No. 3 in the world in the number of cosmetic procedures done and No. 5 in the number of plastic surgeons, according to 2015 data by the International Society of Aesthetic Plastic Surgery.

But rather than the invasive surgeries of slitting one’s eyes to make them bigger and using implants to make one’s nose sharper, more Koreans are opting for “natural” looks to simply appear younger than they are. 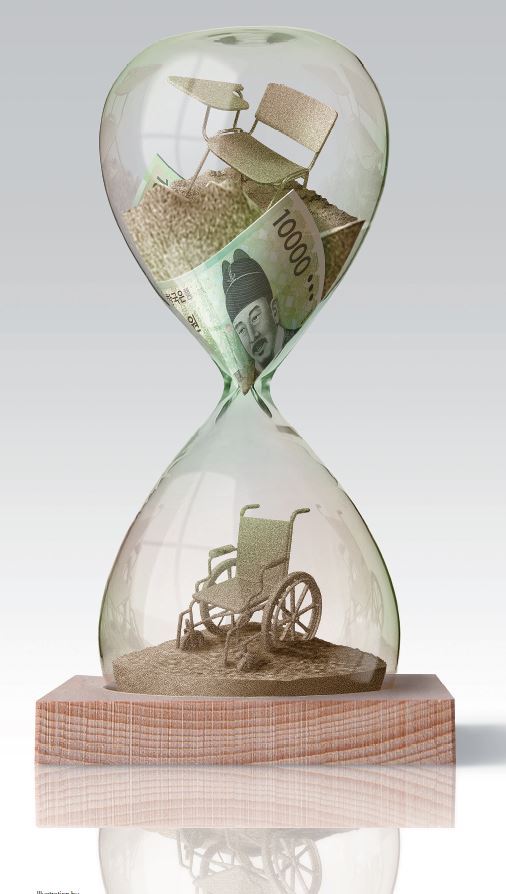 “Yes, I did consider getting plastic surgery, but I never wanted to have a knife in my face. This feels less risky,” said a 45-year-old woman at a skin care clinic in Gangnam, southern Seoul, who had patches below her eyelids indicating that she just had botulinum toxin injections.

In 2015, 279,019 botulinum toxin procedures were performed in Korea, topping the nonsurgical cosmetic procedures list. That number is even greater than the top three surgical procedures combined – eyelid surgery, nose jobs and fat grafting onto the face.

The trend holds true for most other countries in the world: The number of nonsurgical procedures edged out surgical ones by 12 million to 9.6 million, according to the ISAPS.

“The concept of anti-aging itself is to prevent skin-related troubles before they even begin,” said Youn Choon-shik, a dermatologist at Yemiwon Aesthetic Clinic in Gangnam. “It used to be people in their 40s and 50s visited the clinics for skin care, but even those in their 20s and 30s are doing it now.”

There are a whole range of methods one can use to stay looking young. Regular work-outs, getting sufficient sleep and eating right, avoiding too much exposure to ultraviolet rays and moisturizing are some of the things that anyone can do, and experts say these are the fundamentals of anti-aging.

UVB therapy -- dubbed “vampire therapy” by media -- may sound ghoulish considering that it involves drawing blood, passing it through a tubing where it is exposed to ultraviolet light, and streamed back into the patient’s bloodstream.

Among the effects that its researchers claim are microcirculation and oxygenation of tissues, anti-inflammatory effects and boosting of the immune system. Patients refer to it as a “blood-cleansing procedure.”

Other procedures include hormone replacement therapy for cosmetic purposes. The idea is to supplement the endocrine system that produces and regulates hormones, which declines with age.

While using HRT has been shown to improve skin condition, it is still a relatively new field, lacks research and has side effects, noted Dr. Claudia Aguirre of the International Dermal Institute.

Anti-aging treatments come across a wide spectrum of price tags.

“There is no ballpark figure on how much it would cost, as there is a wide range of skin issues,” said Youn.

“Also it’s not like there are special treatments for the superrich or celebrities. The difference is that they are regularly attended to by experts on all kinds of issues, such as skin elasticity, drooping and wrinkles. This way, they can spend from 5 million to 20 million won on anti-aging alone.”

The widening range of age groups seeking procedures is among the most pronounced change in the anti-aging field, he noted.

“I think the trend will be toward more natural looks, so it would be very hard to tell if one had a procedure or not,” he said. “And to do that, people are starting (anti-aging) at a younger age.”