[ The Korea Herald – Send E-mail ]
‘I Can Speak’ talks about comfort women in indirect way: director
By Rumy Doo
Published : Sep 7, 2017 - 11:15
Updated : Sep 7, 2017 - 11:15
“I Can Speak” has been marketed as a comedy film. At Wednesday‘s press screening, however, the film was revealed to deal with issues of women forced into sexual slavery by the Japanese military during World War II.

“I discovered it was about comfort women as I read the script,” said actress Na Moon-hee after the press screening in Seoul. Comfort women is a euphemism used to refer to former military sex slaves.

Veteran actress Na, 75, plays Na Ok-boon, a neighborhood busybody who wants to learn English. It is revealed that the character was a comfort woman seeking to demand Japan’s apology for its crimes against humanity on an international stage.

“It hurt me to think what a hellish life she must have lived,” Na said.

“I am not confident and shy by nature. ... But with this script I felt like I could say many things.” 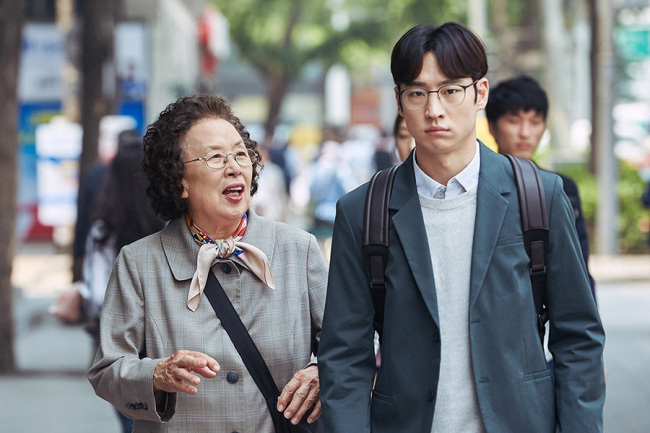 Na Moon-hee (left) and Lee Je-hoon star in “I Can Speak.” (Lotte Entertainment)
The film is based on the true story of how the US House Resolution 121 came to be. Adopted by the US House of Representatives in 2007, the resolution calls on the Japanese government to formally acknowledge, apologize, and accept historical responsibility for the military’s coercion of women into sexual slavery and to educate current and future generations about the crime.

“You have no idea what it feels like to get a lead role at my age,” she said.

“My husband is an English teacher so he helped me (with the English dialogue),” she said. “In the US, I stayed at my daughter’s house and learned English.”

“There are films that deal with the comfort women issue head on,” said the film‘s director Kim Hyun-seok. He referred to films such as “Spirits Homecoming, Unfinished Story,” set to open in theaters on Sept. 14.

“But we chose to do it in an indirect way. We see (Na Ok-boon) through the eyes of people around her.” 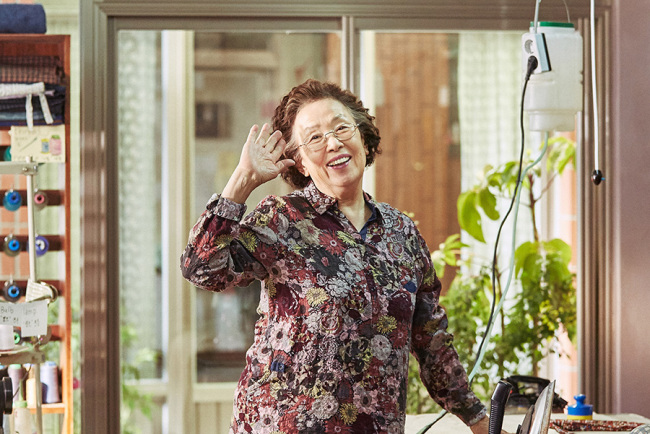 Na Moon-hee stars in “I Can Speak.” (Lotte Entertainment) 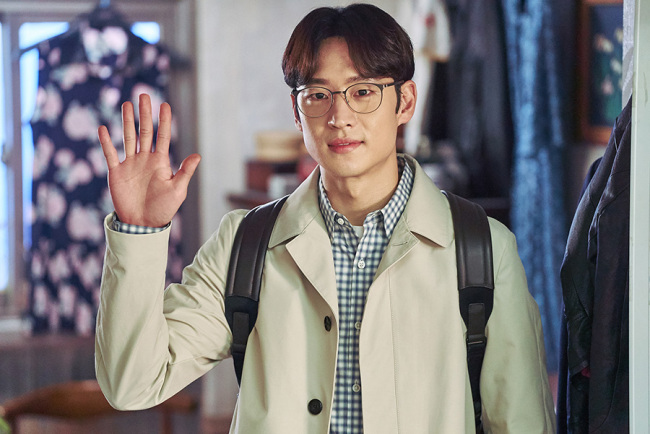 “I am so grateful to have filmed with (Na Moon-hee),” he said. “She was like a grandmother to me.”

The film is set to open in local theaters in late September.