[ The Korea Herald – Send E-mail ]
Markets in red on NK downward momentum
By Son Ji-hyoung
Published : Sep 4, 2017 - 17:02
Updated : Sep 4, 2017 - 18:22
Markets in South Korea took a downturn Monday in the wake of the most powerful nuclear bomb test by North Korea on Sunday, drawing a mixed forecast on the aftereffect from local analysts. 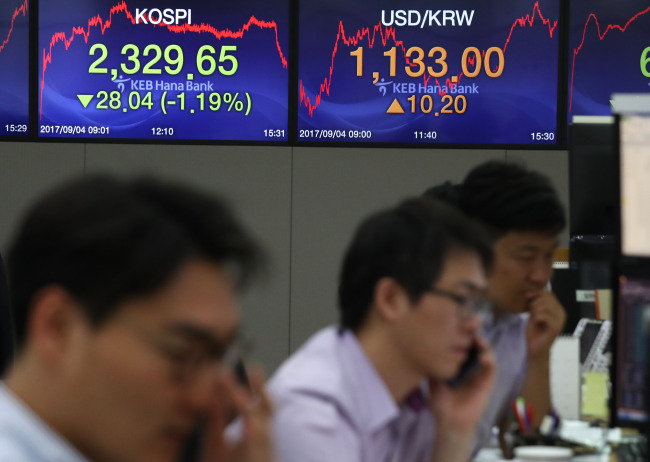 Of the Kospi-listed top 20 players in market capitalization, SK Innovation, a local refiner, was the only firm in upturn.

The North’s sixth nuclear test Sunday involved an underground detonation of a hydrogen bomb that the North claimed is missile-ready. 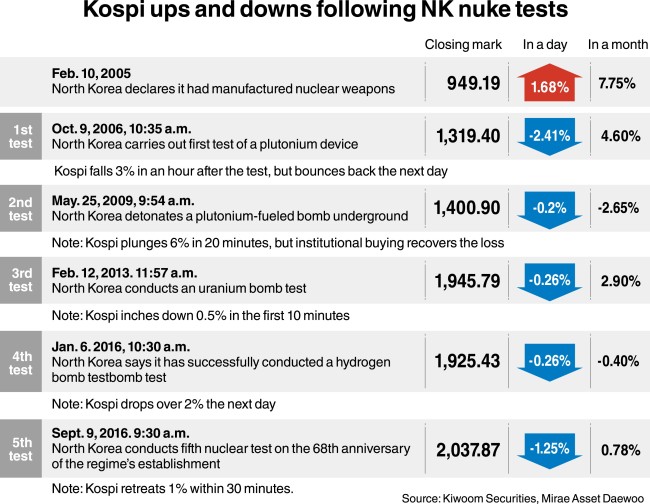 “Stock markets will pick up the pieces soon after short-term impacts this time as well, with exports-related US data forecast to be in favor of the markets,” Seo Sang-young, a strategist at Kiwoom Securities, wrote in a Monday note, citing a possible rise in manufacturing index by the United States’ Institute for Supply Management.

However, the markets might suffer from persisting geopolitical tension, as North Korea provocations are forecast to last longer, according to Ma Ju-ok, an analyst at Hanwha Investment & Securities.

“The continuing geopolitical crisis will trigger South Korean markets’ repeated adjustment,” Ma wrote. “The North sees the US military action not on the cards and will exert threats until it resumes talks with the US.” 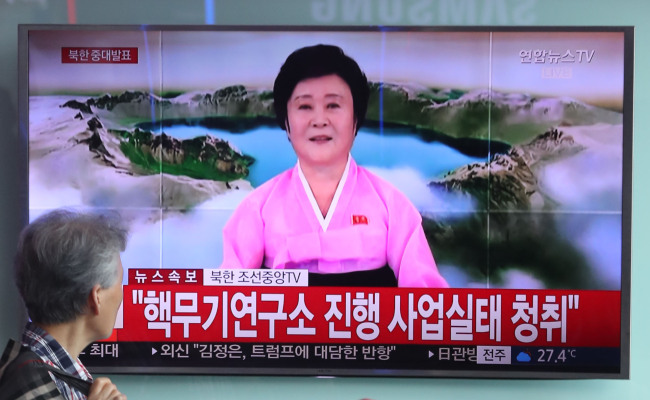 The South Korean won is subject to widening volatility, as the North Korea risk “is entering in the next phase,” wrote Jeon Seung-ji, a foreign exchange analyst at Samsung Securities, in a report.

Gold rose 1.74 percent from Friday and was being traded at 48,400 won per gram, marking the highest in about 10 months, according to the Korea Exchange. 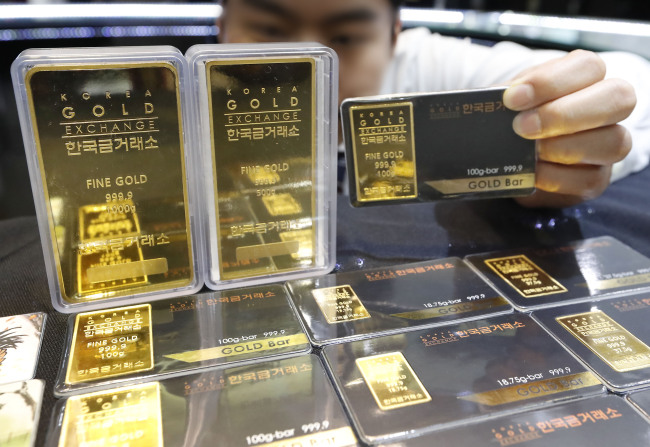