On Sunday, North Korea claimed it had successfully conducted a test of a hydrogen bomb that can be mounted on an intercontinental ballistic missile.

Shortly after the announcement, US President Donald Trump and Japanese Prime Minister Shinzo Abe agreed to step up pressure on North Korea. 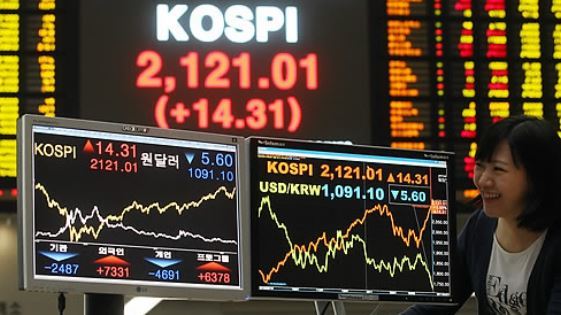 (Yonhap)
"Since the launch of ICBMs by Pyongyang, the South Korean and global financial markets have been suffering fluctuations," said Lee Kyung-min, a researcher at Daishin Securities Co.

"The latest provocation will also weigh down on investors' sentiment, placing the local stock market under selling pressure," Lee added.

The local currency closed at 1,133.00 won against the US dollar, down 10.20 won from the previous session's close.