[ The Korea Herald – Send E-mail ]
Regulator to cut interest on overdue debt, premiums of indemnity medical insurance
By Yonhap
Published : Sep 4, 2017 - 11:34
Updated : Sep 4, 2017 - 14:52
South Korea's top financial regulator said Monday it will cut the interest on overdue debt and the premiums of indemnity medical insurance in line with the government's policy of easing the financial burdens for low-income earners.

Interest on overdue debt will be lowered by the end of this year after starting to revamp it this week, Choi told reporters. 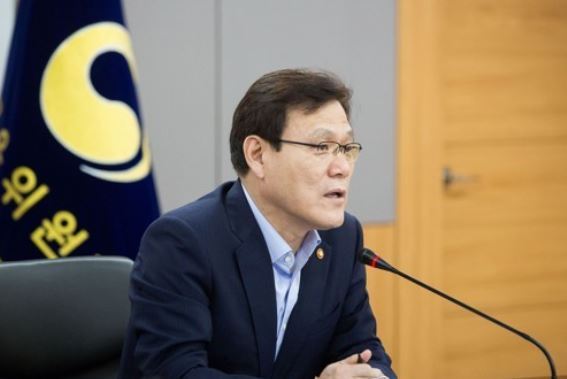 To raise investor confidence, Choi said the FSC will make efforts for firms to adopt stewardship codes aimed at encouraging engagement between companies and investors.

Choi has said the FSC will unveil a fresh package of measures this month to rein in the growth of household debt. Household debt stood at 1,388.3 trillion won ($1.25 trillion) at the end of June, up 10.4 percent from a year earlier, according to the Bank of Korea.

To help slow down the growth pace of household debt, the government in July lowered the lending ceiling for homes located in 25 areas designated by the government to 60 percent of the property's value from 70 percent. The debt-to-income ratio was also lowered to 50 percent from 60 percent.

This week, the FSC will review a matter about whether to apply the debt-to-income ratio to homes nationwide, Choi said.

Asked by a reporter about whether the debt-to-income rule should be expanded nationwide, Choi replied, "There is the need to do so." However, Choi said no decision has been made on the matter. (Yonhap)