Zhin Woong-seob, governor of the Financial Supervisory Service, held a meeting earlier in the day to review contingency measures.

"It is difficult to predict the situation on the Korean Peninsula as North Korea went ahead with a nuclear test, despite intense sanctions by the international community," Zhin told the meeting, according to a statement released by the FSS. 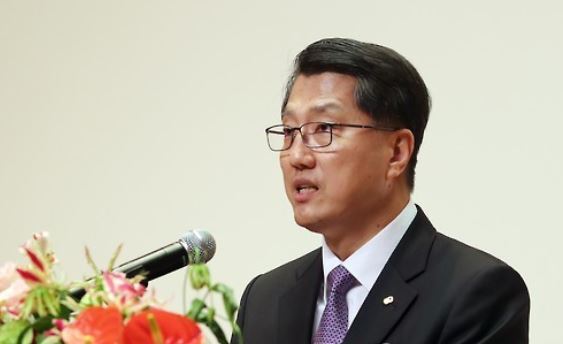 Zhin Woong-seob, governor of the Financial Supervisory Service. (Yonhap)
US Defense Secretary Jim Mattis said Washington will make a "massive military response" to any threats from North Korea, while North Korea said the sixth nuclear test was based on an advanced hydrogen bomb that can be mounted on a long-range ballistic missile.

Zhin said tensions on the Korean Peninsula could rise to its "highest level" over a confrontation between North Korea and the United Sates.

The FSS said it will hold a meeting with bank executives later in the day to monitor currency movements.