According to the report from the office of National Assembly Speaker Chung Sye-kyun, the combined debt of the "multiple debtors" reached some 450 trillion won at the end of June. 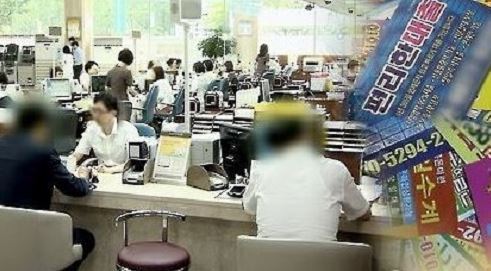 (Yonhap)
They generally have loans from a bank, a savings bank and possibly a private money lender simultaneously to pay off dues.

The report is based on data from credit appraiser NICE Investors Service, which cover borrowers from local banks and non-bank lenders, excluding those pronounced defaulters or with no credit rating.

The debt service ratio of "multiple debtors" stood at 63 percent at the end of June, compared with 54 percent in 2013.

The DSR, published by the Bank for International Settlements (BIS), reflects the share of income used to service debt. It's regarded as a reliable early warning indicator for systemic banking crises.

Chung called for the government to map out plans to help heavy debtors repay their debt, saying their debt problem is increasing "anxiety" in the financial market. (Yonhap)