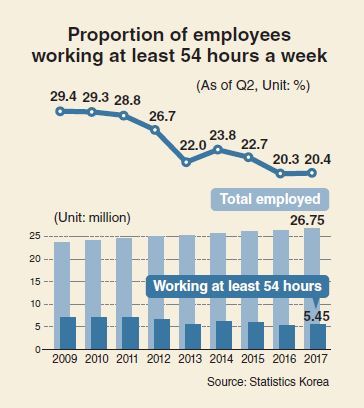 Although the proportion has continued to decline, 1 in 5 of those employed in South Korea work at least 54 hours a week, data from Statistics Korea showed.

Average weekly working hours have been falling since the introduction of the five-day workweek in 2004, but the decline rate has become stagnant since the system was fully adopted in 2010.