The country's trade surplus came to $10.3 billion last month, slightly down from a surplus of $10.7 billion tallied a month earlier, according to the data from the Korea Customs Service. 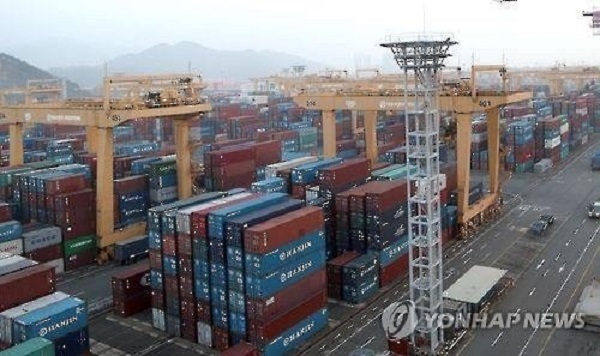 Trade with the United States recorded a surplus of $1.6 billion, down from $1.8 billion tallied a year ago, amid the Seoul government's efforts to reduce its surplus with the world's largest economy.

The country's exports have been on a roll since November last year on the back of growing overseas demand for Korean-made semiconductors, petrochemical products and vehicles.