[ The Korea Herald – Send E-mail ]
Foreign investors switch to net sellers in July after steady buying throughout year: data
By Yonhap
Published : Aug 14, 2017 - 14:57
Updated : Aug 14, 2017 - 14:57
Foreigners who had been steadily investing in Asian stock markets began to pull out in July, with South Korean stocks ranking as the second most sold, data showed Monday.

This year's figures provided by the Korea Exchange said foreigners net purchased between $2.8 billion and $11.9 billion per month in Asian shares from January to June. China and Japan were excluded from the count because they do not provide separate tallies on offshore investors.

The buying spree was bucked in July when foreigners sold off $146 million worth of stocks in Asia. They also shed $375 million in the first week of August alone, data showed. 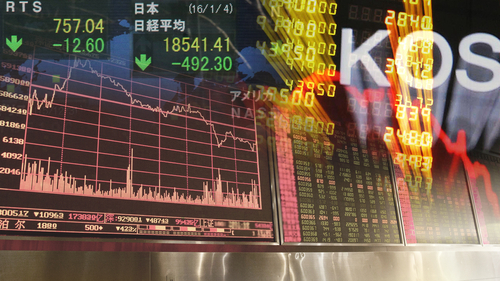 (Yonhap)
Indonesia was the hardest hit from July onward, with a net selling of $821 million. South Korea came next with $548 million of net selling. Taiwan ranked third with $178 million.

Stock markets have been suffering adjustments in August across Asia, but they were still sturdy with solid gains so far this year.

Asia's bourses overall still managed increases compared with the start of the year, including 27.4 percent in Hong Kong and 19.4 percent in India.