The Fair Trade Commission said it will revise related laws to impose punitive damages of up to three times the actual damage from business practices such as an unfair payment cutback of supplied goods and returns that occur between large shopping mall operators and small shops.

"Large distributors which engaged in deep-seated, unfair activities will be forced to pay significant sums in damages that go far beyond actual losses incurred by smaller businesses," FTC Chairman Kim Sang-jo said in a press conference. "The punitive damages system will deter big outlets from abusing their power against small tenants and help ill-treated businesses get decent compensation." 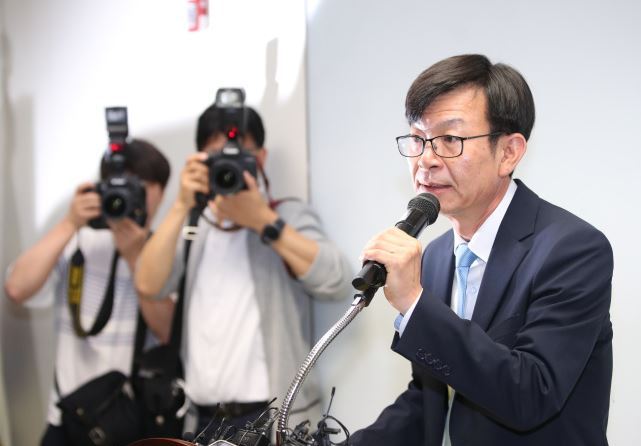 Big-name retail giants such as Lotte, Shinsegae and Hyundai Department Store take up a majority of the market share and wield great influence over the entire industry.

"There are too many loopholes in the current law that rules the local distribution and retail industry as it was enacted in 2012," said the FTC chairman. "The FTC is moving to plug the loopholes and improve their implementation."

"Fair competition" is the biggest policy drive of Kim, a former renowned civic activist who has advocated for minor shareholders' rights, since his inauguration in June.

He said he will put priority on keeping large business groups from abusing their market dominance and protecting small-time businesses that have been marginalized by those with power in a fierce and somewhat unfair market environment. (Yonhap)