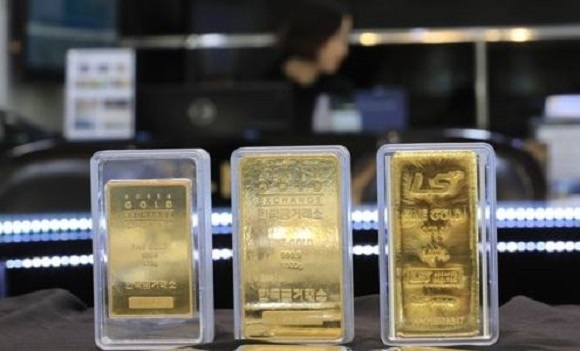 (Yonhap)
Industry watchers said the demand for smaller gold bars is increasing as they are easier to carry compared to kilo-level products. A 10-gram gold bar is currently trading at around 550,000 won ($480), the trader added.

"Starting this week, the number of affluent consumers in their 50s and 60s purchasing gold bars is increasing," an official from the trader said. "The move apparently followed the geopolitical tension, along with rumors of a crisis in August."

Market watchers said the demand for gold bars is expected to continue increasing for the time being, until the tension on the Korean Peninsula settles down. (Yonhap)