“#TWICE” has sold over 260,000 copies since its release on June 28 and has been certified “Platinum” by the Recording Industry Association of Japan, according to JYP Entertainment. Platinum certification is given to records with sales of over 250,000. 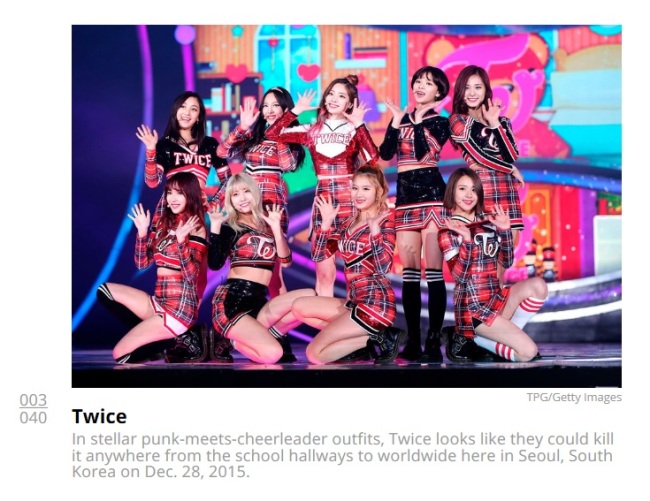 TWICE is the first South Korean artist to be certified as Platinum in Japan.

The album, which contains TWICE’s past hit songs both in Japanese and Korean, topped nine Apple iTunes charts, including those in Japan, Indonesia, Macau and Malaysia, upon release.

The nine-member group, which has two Japanese members, has sormed the K-pop scene since its debut about 1 1/2 years ago. Starting with its debut song “Ooh-Ahh,” TWICE has had five consecutive No. 1 tracks in Korea. The others are “Cheer Up,” “TT,” “Knock Knock” and its most recent hit track “Signal.” (Yonhap)