The first-tier market’s composite index Kospi closed at 2,359.47, down 0.38 percent from Wednesday, while the tech-heavy Kosdaq dropped 0.44 percent. The Kospi extended its three-day losing streak, while the Kosdaq tumbled for two consecutive days. 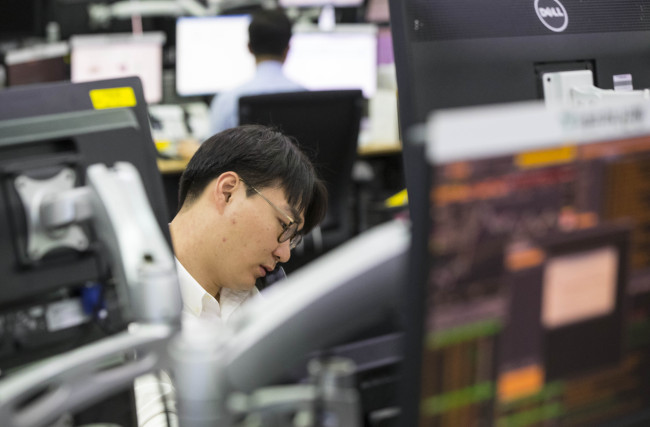 The government bond market ended its three-day bearish trend Thursday, which arose due to a remark on Monday by a presidential aide that the central bank’s low key rate policy is “problematic.”

US President Donald Trump on Tuesday said North Korea would be met with “fire and fury.” Trump’s remark came immediately in response to evidence from the US Defense Intelligence Agency that North Korea had completed the production of nuclear missiles capable of attacking the US mainland or Western Europe.

The war of words between the US and North Korea indicated that the North Korea issue is taking a new turn, impacting markets in South Korea, wrote Kim Hyo-jin, an analyst at SK Securities, in a Thursday note.

“The North Korea issue was limited to the two Koreas before, and now the issue has evolved into a US-North Korea conflict,” Kim wrote. 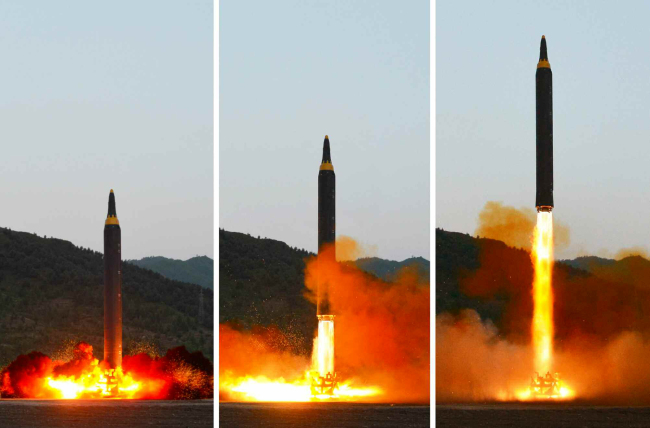 (Yonhap)
The Kospi had virtually remained unscathed from North Korea‘s missile threat during the first two months of since President Moon Jae-in came to power in May. Foreign investors net bought Kospi-listed stocks following North Korea’s missile launch, except for May 15 when foreingers net sold 97.1 billion won whereas the Kospi rallied 0.2 percent.

Another analyst, Lee Kyoung-min of Daishin Securities, wrote Thursday the geopolitical conflict would not die down in the near future.

“Military action from either the US or North Korea is unlikely, but neither is willing to talk (of warm rapport),” Lee wrote. “Moreover, the annual Korea-US joint military exercise, the Ulchi Freedom Guardian slated for Aug. 21, is piling pressure on local markets, leaving them risk-sensitive.”

Investors turning to safe havens was visible in the local market. Gold in Korea rose 0.27 percent in the two days through Thursday and was being traded at 50,400 won per gram.