Net loss reached 74.7 billion won ($65.3 million) in the April-June period, compared to a loss of 26.7 billion won a year earlier, the company said in a statement.

Operating income, on the other hand, surged 49 percent on-year to reach 42.8 billion won, with sales rising 8.5 percent to 1.49 trillion won over the cited period. 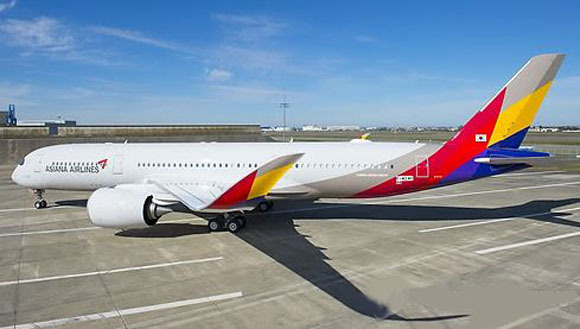 In the first half of the year, the airline logged an operating income of 69.1 billion won on sales of 2.95 trillion won.

To deal with rising oil prices and lower travel demand from China amid a row over the deployment of the Terminal High Altitude Area Defense system, Asiana has increased services to Japan and Southeast Asian countries.

China has banned the sale of travel packages to South Korea since March 15 in retaliation against the THAAD deployment. It has opposed the US anti-missile system as it sees its radar system could be used against it though Seoul and Washington have said THAAD is purely aimed at countering missile threats from North Korea.  (Yonhap)