[ The Korea Herald – Send E-mail ]
Jeju sees 1st drop in retail sales in Q2 on THAAD fallout
By Catherine Chung
Published : Aug 10, 2017 - 14:39
Updated : Aug 10, 2017 - 14:39
Retail sales on the southern island of Jeju fell in the second quarter for the first time ever on a Sino-Korean row over the deployment of a US missile defense shield, government data showed Thursday.

According to the data by Statistics Korea, retail sales on Jeju declined 3.2 percent in the April-June period from a year earlier.

It represents the first on-year decline since the statistical agency started compiling related data in the first quarter of 2010.

The agency attributed the decline to a plunge in the number of Chinese tourists to the resort island in the wake of the showdown over the deployment of a Terminal High Altitude Area Defense battery in southeastern South Korea.

Angered by the move, Beijing has banned its travel agencies from selling package tours to South Korea since mid-March, dealing a harsh blow to the South Korean tourism and retail sectors. 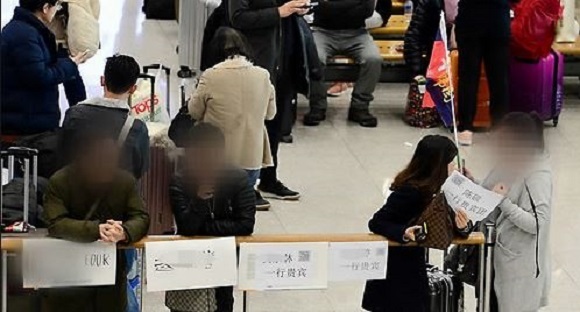 "Despite the drop in the number of Chinese tourists, duty-free shops in Seoul didn't suffer serious setbacks thanks to purchases by peddlers, but the decline dealt a direct blow to retail sales in Jeju as it is a major tourist destination," a Statistics Korea official said.

Jeju is one of the most popular South Korean tourist destinations among Chinese visitors.

Defying Beijing's strong objection, South Korea and the US started the installation of the THAAD battery at a former golf course in the southeastern county of Seongju in March.

Seoul and Washington say the move is designed to better counter missile threats from North Korea, while China insists that the powerful radar of the battery could be used to spy on its military. (Yonhap)