[ The Korea Herald – Send E-mail ]
P2P financing industry to absorb investors' demands
By Korea Herald
Published : Aug 8, 2017 - 17:09
Updated : Aug 8, 2017 - 17:34
The drastic expansion of the peer to peer financing market seemed to be slowing down over the past months due to tightened investment regulations, but is expected to see a rebound from the recent fiscal tapering of the banking sector.

It is especially likely to absorb the investor cluster who, under the government’s new restrictive measures on real estate transactions, are swiftly turning away from banks and seeking for an alternative source of investment income, according to industry watchers.

The cumulative loan amount in the P2P industry totaled at 1.2 trillion won ($1.1 billion) as of last month, up 104.7 billion won from the previous month, according to data released Tuesday by the Korea P2P Finance Association. This on-month increase was down 40 percent from June. 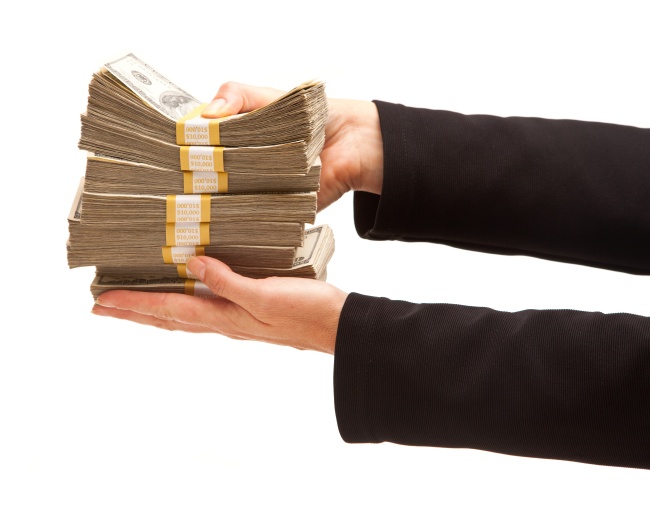 Lending (123RF)
“It seems that the growth acceleration slowed down to a certain extent since the introduction of the P2P lending guidelines (in May),” said Lee Seung-haeng, head of the association and CEO of Seoul-based P2P lender Midrate.

In late May, the association enforced a set of guidelines, setting a 10 million won ceiling on the investment per business unit, responding to the government’s gesture to protect investors from potential dangers of the new investment platform.

Also, efforts are ongoing by the Financial Services Commission to make P2P platform-related credit businesses register themselves to the FSC, regardless of size.

Despite the tightening regulations and persisting concerns on risks, the P2P industry continue to gain presence as a valid investment alternative in the wake of government policies seeking to curb real estate speculation.

Of the total P2P loan of 1.2 trillion won, 411.2 billion won was allocated to real estate project financing and 263.1 billion to mortgage loans, data showed. The average interest rate stood at 14.67 percent, which was lower than the general average in the nonmonetary sector.

Another factor hinting at a forthcoming expansion of the P2P industry is the increasing influx of high-profile manpower from the conventional financial circles.

People Fund, one of the members of the association, said Tuesday that it recently recruited six former senior members of leading financial companies here, including KB Investment Securities, Korea Development Bank and Citibank.

Since last year and throughout the first half of this year, a number of executive-level officials from investment companies have been rushing to P2P platform companies, the number of which soared from less than 30 in June last year to 196 as of July this year.