The report featured in the monthly periodical of the Bank of Korea said South Korean exports' participation in GVC fell from 62.7 percent in 2008 to 56 percent in 2009, following the global downward pattern after the international financial crisis of 2008. 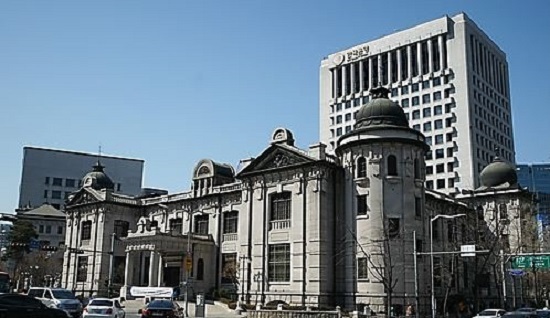 Bank of Korea (Yonhap)
GVC measures international trade by counting all phases in production of goods and services from the start to the end, beginning with their conceptualization to their delivery to the final consumer. South Korea's participation would mean that the country imports intermediate goods to use in its exports or that its exports are used by another country as an intermediate product.

"Policymakers should provide inducements for exporters' contribution in the GVC in order to improve the currently low productivity," the report said. (Yonhap)