The manufacturing domestic supply index that measures both goods produced locally and brought into the country, advanced 5.3 percent on-year to stand at 116.9, according to the data compiled by Statistics Korea.

The on-year growth slowed down from a record 7.2-percent gain tallied three months earlier as the solid rise in imported goods supply was offset by a weak increase in domestic supply. 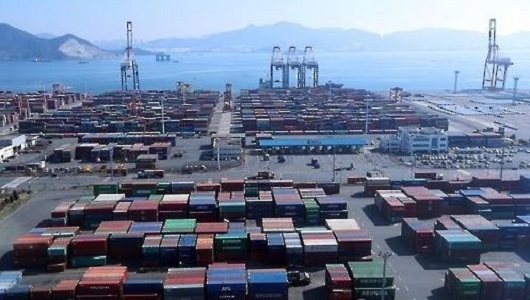 The index was developed by Statistics Korea last year to measure the total domestic supply of locally produced goods and imported products, with the base number tallied in 2010 set at 100.

The office said an increase in the index represents a rise in the purchasing power of South Korean consumers and producers, and sign of an expansion of the domestic market.

The index for consumer goods rose 3.2 percent in the second quarter and the figure for intermediate goods added 1.4 percent, with that of capital goods soaring 26.4 percent on-year. (Yonhap)