The prediction, if it is met, will place the country's per capita GDP at slightly more than $30,000 and just over that of the European country. South Korea was ranked 29th worldwide, with Italy standing at 27th as of October 2016, the government said.

The data is based on reports released by the International Monetary Fund that ranked 190 countries, with South Korea's per capita GDP standing at $27,633, while numbers for Italy reached $30,294. This year the country's finance ministry said per capita numbers will hit $29,200, with this likely to move up to $30,353 next year. 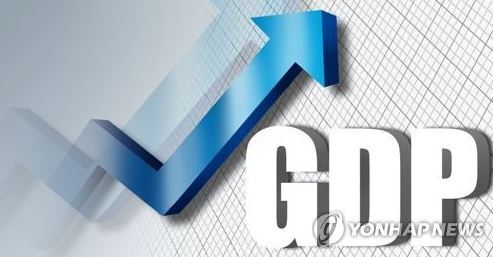 (Yonhap)
Seoul's estimate is premised on the assumption that Asia's fourth-largest economy will continue to pull off steady growth going forward helped by a rise in exports and domestic consumption, and assumes that growth in Italy will remain more or less unchanged.

A country's per capita GDP is affected not only by economic growth, but fluctuations in foreign exchange rates and even population trends that can add or detract from overall numbers.

The government and local economists said the latest policy drive by the Moon Jae-in administration to bolster the income of households through the creation of more good jobs and greater business investment can all contribute to a rise in the country's per capita GDP.

Seoul said increasing income can lead to more spending that in turn will fuel more profits for companies and spur investment. This, policymakers claimed, can generate a "virtuous cycle" that can sustain growth.

If the government's forecast is on the mark, South Korea will reach the milestone 12 years after its per capita GDP surpassed the $20,000 mark in 2006, which is relatively slow compared with others.

Records showed that on average a country's per capita GDP breeched the $30,000 mark 8.2 years after surpassing the $20,000 level, with countries like Switzerland making the leap in just two years. Germany and Japan achieved the growth in five years each, although France and Canada took longer than 12 years.