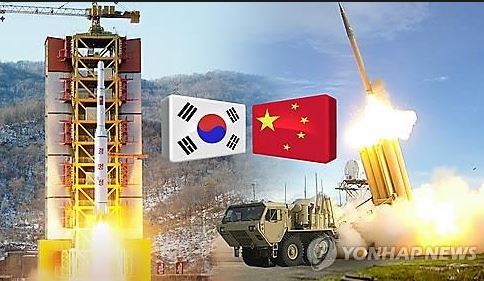 (Yonhap)
Huh Seung-jae, an official in charge of relations with China at Seoul's foreign ministry, declined to comment on the report.

South Korea and the United States have been installing a THAAD battery comprised of six launchers in a former golf course in Seongju, some 300 kilometers southeast of Seoul, since they announced the plan in July last year to better defend against the North's missile threats. Only two of the six have been installed, and the remainder has been on standby pending an environmental impact review.

China has objected to its installation, saying that the missile defense system and, in particular, its strong radar system could undercut its military capabilities. Beijing summoned Ambassador Kim to lodge its official protest right after the deployment decision was announced last year.