The Bank of Korea said in a report submitted to the National Assembly that it will maintain its stance of monetary policy accommodation, noting the inflationary pressures on the demand side are not expected to be high, though the solid trend of domestic economic growth could affect prices.

The latest assessment came more than two weeks after the BOK kept the all-time low rate of 1.25 percent, extending its wait-and-see approach for the 13th consecutive month. 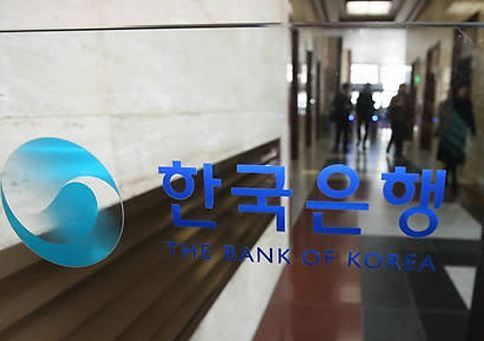 (Yonhap)
The BOK said in the report that it will closely monitor the monetary policies of major economies, conditions related to trade with major countries, the trend of increase in household debt, and geopolitical risks.

South Korea's household debt reached a record high of 1,359.7 trillion won ($1,214 billion) at the end of the first quarter, according to data compiled by the BOK. South Korea has recently tightened lending rules on homes in some designated speculative areas to curb real estate speculation.

The BOK also renewed its stance that it may take a monetary tightening approach if the economy shows signs of a robust recovery, a comment widely seen as signaling a rate hike by the central bank over the long haul. (Yonhap)