"There will be no additional investment on LCD TVs," said Han Sang-beom, the head of LG Display.

"There still will be investment for LCD products in the IT sector as there is demand for high-end monitors and laptops," Han said.

LG Display said Tuesday it will invest 7.8 trillion won ($6.9 billion) to build facilities for the production of OLED panels. Following the latest decision, the company said its capital spending throughout 2020 will reach a whopping 15 trillion won. 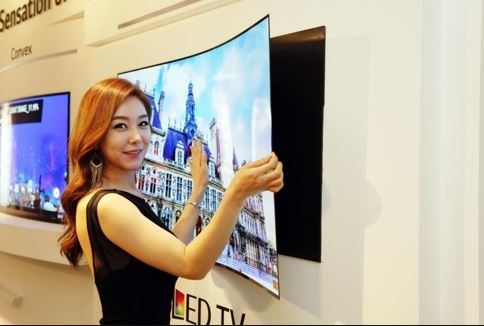 (Yonhap)
Han said LG Display is also discussing business ties with U.S. giants, such as Apple Inc. and Google, along with other Chinese partners. Han, however, refrained from providing details, saying related information will be opened through regulatory filings.

While LG Display announced a major investment plan earlier this week, Han said the ratio of LCD to OLED businesses in its portfolio will still be around 6:4 in 2020, or even at 6.5:3.5.

"Compared to other rivals, we still need to raise profits through LCD panels," Han added.

On the company's plan to build a OLED panel line at its LCD production line in Guangzhou, Han said there would be no technology leaks, expressing confidence over its security system. (Yonhap)