[ The Korea Herald – Send E-mail ]
Ministry to unveil new history textbooks in 2020
By Bak Se-hwan
Published : Jul 26, 2017 - 15:07
Updated : Jul 26, 2017 - 15:51
The Ministry of Education said it would introduce a range of new history textbooks written by private publishers in 2020 in a complete turnaround from the former conservative administration’s decision to offer state-authored books.

Publishers now have until March 2020 to offer new history books for the market, according to the ministry, which would be verified by the government. 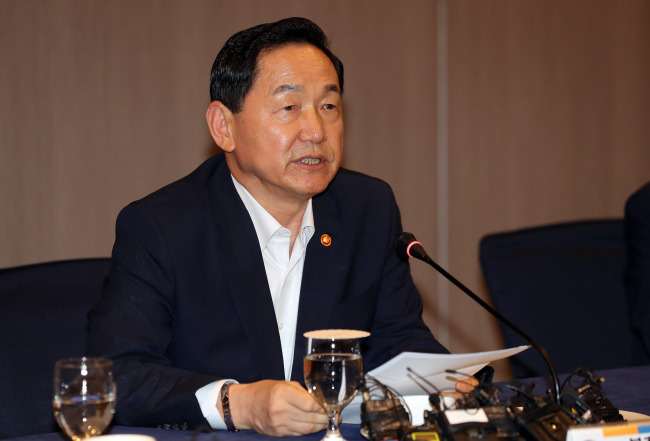 In 2015, Park announced plans to adopt history textbooks only authored by a government committee, saying that left-leaning textbooks “tainted the minds of young children.”

In what was seen as one of her pet policies, a panel of scholars were selected to rewrite textbooks to “instill students with a sense of patriotism.”

The decision immediately came under attack from critics who accused the conservative leader of justifying the military regime of her father, President Park Chung-hee.

Following Park’s impeachment by the National Assembly last December on charges of corruption and abuse of power, however, her successor President Moon Jae-in ordered a reversal of the decision.

With the policy change, schools now choose from history books from private publishers developed in 2009 under the 7th Educational Curriculum Revision. Wednesday’s announcement is part of the ministry’s plan to replace them with a new version.

New textbooks are to be introduced to middle and high schools nationwide in March 2020.