"While funds for investment, in principle, should be raised from businesses, they should also come in a timely manner," the company said during a conference call with investors.

The remark came after LG Display said it will invest 7.8 trillion won ($6.9 billion) to build facilities for the production of OLED panels. 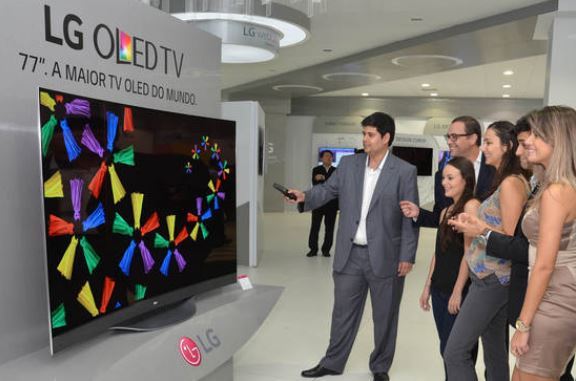 (Yonhap)
Following the latest decision, the company said its capital spending throughout 2020 will reach a whopping 15 trillion won.

LG Display said the investment was aimed at taking pre-emptive steps for its future growth. Other options also include joining ties with partners, including China's Guangzhou, it added.

On Tuesday, LG Display said through a regulatory filing its net profit came to 736.6 billion won in the April-June period, compared with a net loss of 83.9 billion won posted a year earlier. (Yonhap)