The Moon Jae-in government earlier announced that it plans to generate 20 percent of its electricity with clean, renewable energy by 2030, while reducing its reliance on fossil fuel and nuclear power plants. 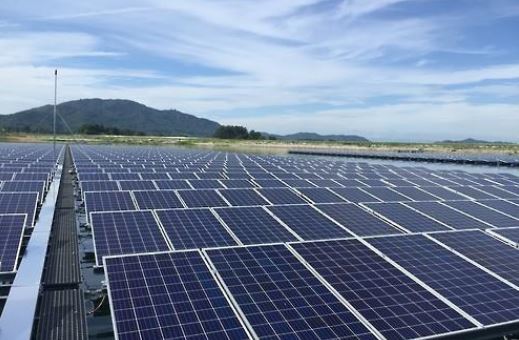 Solar power panels in Sangju, Gyeong-buk province (Yonhap)
In a policy report to President Moon Jae-in, who took office in May, the State Affairs Planning Advisory Committee said it will encourage big companies and small merchants to use renewable energy by offering financial incentives and other promotional packages.

By 2023, the government will require power utility firms with a generation capacity of 500,000 kilowatts or more to generate 10 percent of their electricity using eco-friendly, renewable sources, according to the policy outline. (Yonhap)