[ The Korea Herald – Send E-mail ]
Korea creates post of trade minister ahead of talks with US
By Catherine Chung
Published : Jul 20, 2017 - 16:41
Updated : Jul 20, 2017 - 16:41
South Korea on Thursday created the post of trade minister in a move to strengthen its negotiating capacity ahead of crucial talks with the United States on revising the bilateral free trade deal.

The move is part of a bill endorsed by parliament on government reorganization on the same day, and came days after US Trade Representative Robert Lighthizer called for a special joint committee meeting to start the process of revising the free trade agreement. 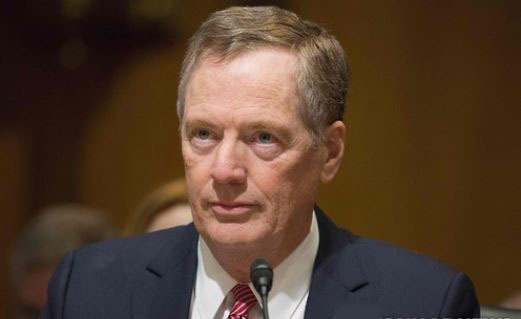 US Trade Representative Nominee Robert Lighthizer (AFP-Yonhap)
According to the trade pact, a special joint committee can be held within 30 days upon request by one party, with the two sides needing to reach an agreement on decisions made at the gathering.

The free trade deal, which went into effect in March 2012, has widely been considered a symbol of the economic alliance between the two countries, but US President Donald Trump has vowed to fix or scrap the free trade deal, calling it "horrible."

Seoul maintains that the deal has been mutually beneficial.

Experts say that the US has a deficit in goods trade with South Korea, but the US has enjoyed a solid surplus in services trade under the pact. (Yonhap)